Little people are just that, people. Not robots. - Angelic Monsters 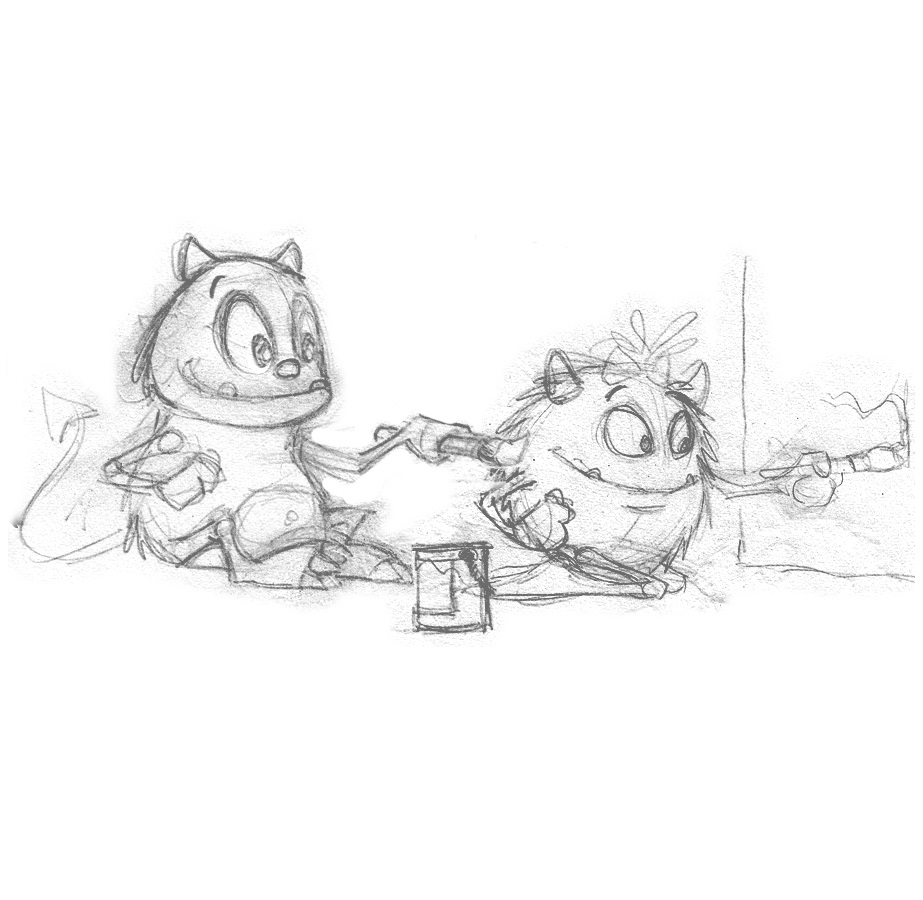 So your little monsters aren’t so Angelic?

Since when did obedience become the epitome of good parenting?

We all want impeccably behaved children, right? Well maybe not, says Annalisa Barbieri. Here, she questions why there is such a fashion for taming our youngsters

Two stories caught my attention recently. One was a report that breastfed babies are more challenging in their behaviour and the other was about a new book called French Children Don’t Throw Food: about how French children apparently behave really well, in restaurants and just generally.

(Hmm. Can I pause here to tell you a story? My aunt was French. She had twins. She’d carry round a little whip – actually several little leather straps of about 6″ in length, all coming together into a wooden handle. She would hit my cousins on the back of their legs if they stepped even a tiny bit out of line. The word I remember her saying the most was “arrête”. But it is absolutely true to say I never once saw them throw food.)

Most parenting books are about how to get children to do things well. By well, read obediently. When and how you – the adult – want them to do something: eat well, pee in the potty, sleep well (that’s the big one), behave well. The aim, it would seem, is to raise compliant children. Because, according to these books, obedient children = successful parents, disobedient = head hanging failures. But actually is an obedient child cause for concern or celebration? The more I thought about it, the more intrigued I became by this question. Telling someone their child is obedient is (usually) meant as a compliment. But an obedient adult? Not quite so attractive is it? We have other words for that, doormat being one of them.

Alfie Kohn, author of ‘Unconditional Parenting. Moving from Rewards and Punishments to Love and Reason’ says, “When I ask parents, at the beginning of my lectures, what their long term goals are for the children, I hear words such as ethical, compassionate independent happy and so on. No-one ever says mindlessly compliant.”

A compliant child becomes a particular concern, Kohn admits, when they reach adolescence. “If they take their orders from other people, that may include people we may not approve of. To put it the other way around: kids who are subject to peer pressure at its worst are kids whose parents taught them to do what they’re told.”

Alison Roy, lead child and adolescent psychotherapist at East Sussex Child and Adolescent Mental Health Services (CAMHS), says: “A child will push the boundaries if they have a more secure attachment. Children who have been responded to, led to believe – in a healthy way – that their voice is valued, that all they have to do is object and action will be taken – they will push boundaries. And this is really healthy behaviour. Compliance? They’ve learned there’s no point arguing because their voice isn’t valued.”

So much of what we see as disobedience in children is actually just natural, curious, exploring, learning behaviour. Or reacting – in the only way they know how – to a situation over which they have no control.

“You can threaten or bribe a child into obedience for a little while,” explains Kohn, “but you are missing the big picture and failing to address the underlying cause [of why they may not want to do something] which may be environmental – such as rushing a tired child through an unfamiliar place – or they may be psychological, such as fear about something else. A very obedient or complaint child – it depends, some are more docile by temperament – but others have created a false self because they sense their parent will only love them if they are obedient. The need for autonomy doesn’t vanish because kids have been cowed into doing what they’re told.”

A very young child isn’t actually meant to be obedient all of the time, according to Roy. This is because their needs are often completely at odds with an adult’s. See that lovely wall you’ve just painted in £100-a-pot paint? That’s just one lovely big, blank canvas to a two-year-old with a contraband crayon, who doesn’t understand why you praise them so much for drawing on a piece of paper but shout at them for drawing on the wall. You think it’s a cold day and want to wrestle a woolly pully over your child’s head but actually the child isn’t cold and doesn’t want it. Imagine going to a friend’s house and you accidentally spill a drink and get shouted at, instead of them saying “oh don’t worry” and mopping it up. And yet…

There seems to be a real fashion for taming children and the reason seems to be fear: it’s not that most people are worried about one incident of wall-scribbling, but that they seem to fear what this behaviour will turn into if it’s not kept in check, as if all children are just waiting to grow up into sociopaths. One of the comments I get a lot, at the end of my columns for the Family section of the Guardian (when I have advocated understanding and a more what would be called ‘softly softly’ approach to a child) is something along the lines of ‘they’ll turn into a monster if you don’t put your foot down/show them who’s boss’.

“It’s not based on empirical evidence,” argues Kohn. “It’s a very dark view of human nature.

At the top of my list of what makes a great parent is the courage to say ‘I still have something to learn and I need to rethink what I’m doing’. The parents who worry me are those who dismiss the kind of challenge that I and others offer, waving it away as unrealistic or not practical enough, or idealistic.” Kohn advises a ‘working with’, rather than a ‘doing to’ approach to children. In short, getting to know your child, listening to them. “Talk less, ask more.”

If you want to know more about transforming your child's behaviour: Click here!

What is Angelic Monsters?

Angelic Monsters provides a service for families with children from birth to six years. Families that need help with bad behaviour, not sleeping, not eating, tantrums, hitting, newborn support and parenting advice in Sydney should call! Claire Broad has over ten years experience working with, and supporting babies, toddlers and their families.

Looking for something specific?